Some Thoughts Before Having My First Child

My child will be here in less than two weeks. I’m so excited and nervous and 8,500 different other emotions. The past eight and a half months has been the craziest time of my life. And I know it’s only going to get more wild.

We found out very early on that we were pregnant — I think around six weeks. It was a weekday around 5:45 in the morning. I was in the shower and had just turned off the water. My wife walks out of the separate toilet room/closet thingy in our bathroom and as I grab my towel she exclaims, “I’m pregnant!”

“…uh, what?!” I stumbled out, still half asleep but now fully alert.

It sank in that second time. As the water dripped down my shocked body I could literally feel my DNA changing at that very moment. Somewhere deep inside some knobs were twisted; buttons were pushed. Dad-mode began.

We laughed and jumped up and down and smiled and the whole time was on the verge of tears. It was surreal. To this moment, before my son is actually here outside the womb, that’s the happiest moment of my life.

Side note: She did not tell me she was going to be taking the pregnancy test that morning. I thought we still had a couple more days.

I ultimately was late getting out the door that morning because we were so distracted. My hands were shaking for probably the next day and a half (not joking). We talked nearly my entire hour-long drive in. “What did we do?!?!?!” “OMG!!” “Do you think it’s a boy or girl?” “Should we take another test to be sure?” “What do we do now?”

Somehow between that day and today, some 31 or so weeks later, time has literally leaped itself forward. From finding out to today has felt like a long time but at the same time, it has gone by in the blink of an eye.

We took a trip to France sometime between 11-13 weeks pregnant. Told our families around Christmas. Had a couple baby showers. One of us got a promotion at work. We busted our tails at our 9-5s and me freelance hustling on nights and weekends. We built a crazy nice nursery. And somehow we are now just DAYS away from him being here. And it’s gone by faster than any stretch of time I can remember.

Buddy, I can’t wait to meet you.

Two Values to Teach My Son About Work 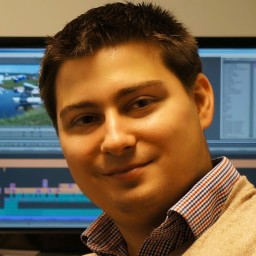